Do You Know This Man? 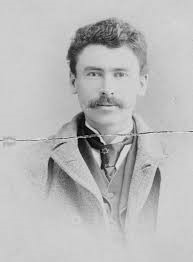 His name is Ernest Thompson Seton, and he was one of the most influential people in America during the 20th century. He was a naturalist, prolific artist, and best-selling author. He was also an expert wolf-hunter. That’s how I came to know about him.

In researching my last book, Friends of the Wolf, I came across many interesting stories. The most interesting was about this guy and his dramatic encounter with a legendary wolf that became known as Lobo. This encounter, during which Seton prevailed, led to a transformation in the man. He saw Lobo as a symbol of the vanishing wilderness and, after that, Seton spent the rest of his life working to preserve and protect animals and the land.

Ernest Thompson Seton was one of our nation’s first conservationists, and he is credited as one of the founders of the Boy Scouts.

So, why haven’t we heard about this man who contributed so much to our nation? Good question. I don’t have an answer. All I can say is that the story of Seton and Lobo compelled me help make the story known. And that’s what I’m in the process of doing, writing this story for all to read.

Well, not really “all.” Because of the violent nature of wolf-hunting, this book is not for the youngest readers. I’m thinking middle grade and up. And it will be in a format I’ve never tried before: a graphic novel. The book is entitled: Lobo: The Wolf That Changed the Man Who Changed America.

In the next posting, I’ll tell you about the four year journey to getting a publishing offer for the book, which came earlier this week. I’ll also share sketches and artwork that will be a part of the finished book.