I have a confession to make.

I’ve got mice. No, not a pair of cute, furry creatures happily living in a multi-colored plastic home, complete with exercise wheel and fresh cedar shavings. My mice are living in the walls and dark recesses of my house. As to the number, I’m not sure. It could be five, or fifty. 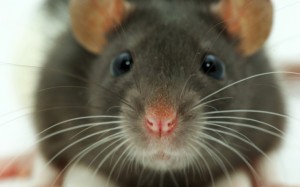 We discovered them about a week ago: the skittering sound of movement under the floors and chewing beneath the kitchen. The next night a hole the size of a nickel was chewed into the dog food bag that sat in our pantry closet. Mouse droppings completed the scene.

All right, the sound of mice is one thing. Mice in your food—even dog found—is quite another. The next thing you know, they’d be helping themselves to the human food, and then eating off our plates at dinnertime. It was time to seriously address the issue.

But, what to do. We weren’t interested in killing the creatures. After all, their lives have value, like ours. However, sharing our home with them was not an option. There are health and safety issues involved. So, we developed a mouse immigration plan in which we would capture the mice and relocate them to another location. The local woods would be just the spot: far enough from any houses and lots of cover to keep them safe from hawks and roaming cats.

I made a trip to town and picked up a Tin Cat mouse trap ($13.97, Victorpest, made in the USA), a metal contraption that could hold up to thirty mice. Hopefully, it wouldn’t have to.

The first night, victory! We got one and successfully released it. When I opened the top, instead of scurrying away, the mouse looked me right in the eyes and held my gaze. Was he shocked at the act of compassion? Was he thanking me? Whatever it was, it didn’t last long; the mouse made his way into the thick undergrowth.

The second night, same result. One mouse, relocated. After that, things went sideways. Several nights of no mouse, food gone, and lots of poop. I taped up all the holes on the trap thinking that the mice were small enough to escape, but results were the same over the next few nights. We were dealing with some clever creatures.

That’s when I turned to the internet and started serious research, looking for the best live mouse traps. [READERS: If you don’t want the details of my mouse trap testings, you have permission to skip to the end] Amid the claims and verbiage, I decided to see to see for myself which was the best. So, I ordered the Havahart Live Animal Cage Trap model #1020 ($16.74, Havahart, made in China), the Smart Mouse Trap ($12.65, Seabright Laboratories, made in Mexico), and a packet of three Mice Cubes ($9.03, Pied Piper International, made in the USA).

The test was on! Over the next few nights we caught seven mice in the traps. Which trap worked best? The Mice Cube, a plastic tubular rectangle with a free-swinging door at one end. The mice smelled the food inside, pushed their way in, chowed down, and couldn’t get back out the door.

Releasing them from the Mice Cube is a cinch: just turn the trap over, the door flops open, and the mouse waltzes out. Then, all you have to do is wash the trap out (I used a hose), put more food in it, and set it back out. The main disadvantage of this trap was its small size, which filled up with mouse droppings and urine if the mouse was in there for very long. So, if you’re going to use this one (and I suggest you do), check it regularly (several times a day), or just put it out overnight when the mice are most active.

The other trap worth mentioning is the Smart Mouse Trap, which is molded plastic in the shape of a house (homey, huh?), with a spring-activated door at one end that snaps closed when the mouse goes in for the food. It has a door at the other end (the Freedom Door – yes, really!) that slides up to release the inhabitants. This trap is bigger than the Mice Cube, but it also has a bigger price and takes more effort to set.

The other two traps, both metal, did not perform as well. As mentioned previously, the Tin Cat wasn’t able to consistently capture its prey. And the Havahart, which did not capture any, was the most challenging to set.

A week later, nine mice have been captured and relocated to selective locations. The next few nights have been quiet, and it’s been a joy to find empty traps in the mornings and no evidence of mouse activity around.

Is this the end of them? Who knows. Maybe they are amassing somewhere in the depths of our house to make a headlong assault into our living space. Or, maybe they’ve left to find their missing relatives.

So, what does all this have to do with writing? I knew you were wondering. The answer: plenty! The everyday workings’ of your life—the mundane, the joys and the challenges—all compete for your time, your efforts, and your creativity. They also can provide the impetus for writing, both fiction and faction. The possibilities of how this experience could be translated into a writing project, or projects, are endless.

The best material for writing comes from living your life.